Fixing a broken lens from eBay 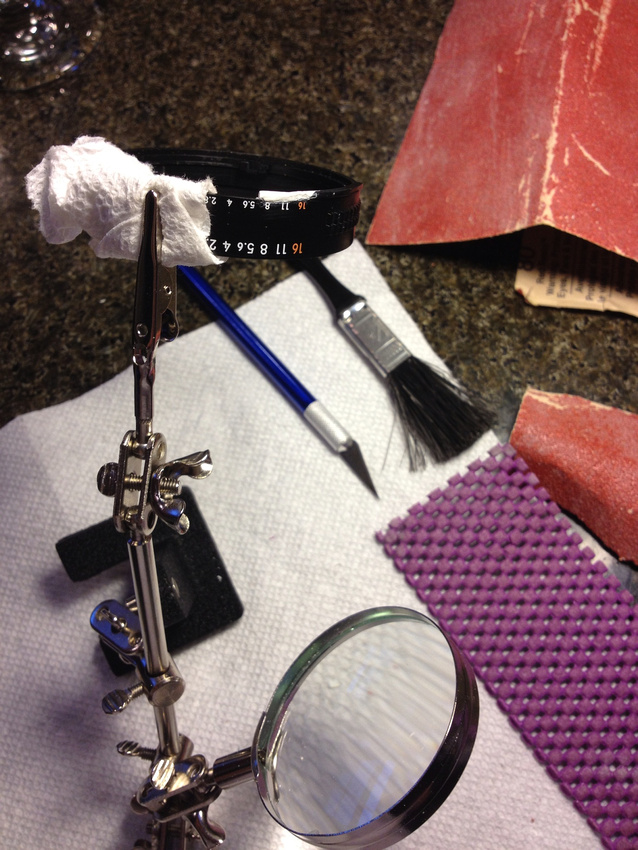 In June 2013, I came across a listing on eBay for a Nikkor 50mm f/1.4 AF lens that was given a wrong description. The seller had listed the lens as a much older manual focus lens, and had priced it accordingly.

Seeing his mistake, I became interested as it was a great opportunity to grab a great lens at 1/3 of the normal price. The seller disclosed that there was a known issue, that the lens wouldn't work on certain early model digital Nikon cameras (pre-2007) and a few older film cameras. My camera model wasn't listed, so I figured I was safe to go ahead and buy the lens.

When the lens arrived, the first thing I did was test it on my camera. I got an error message on the top LCD screen that told me that the lens couldn't be recognized. It's embarrassing to admit, but it took me 2 hours to figure out that a small, but very important piece of plastic was broken that tells the camera's aperture ring feeler what aperture the lens is set to.

I contacted the seller about a refund, and he was happy to refund my money and accept the lens as a return. But then thought I that I might be able to fix the problem myself. If I succeeded, I would have a wonderful new lens for a few hundred dollars less than I could find it anywhere else. If I failed, I'd have a $150 paperweight. I decided to try my luck. 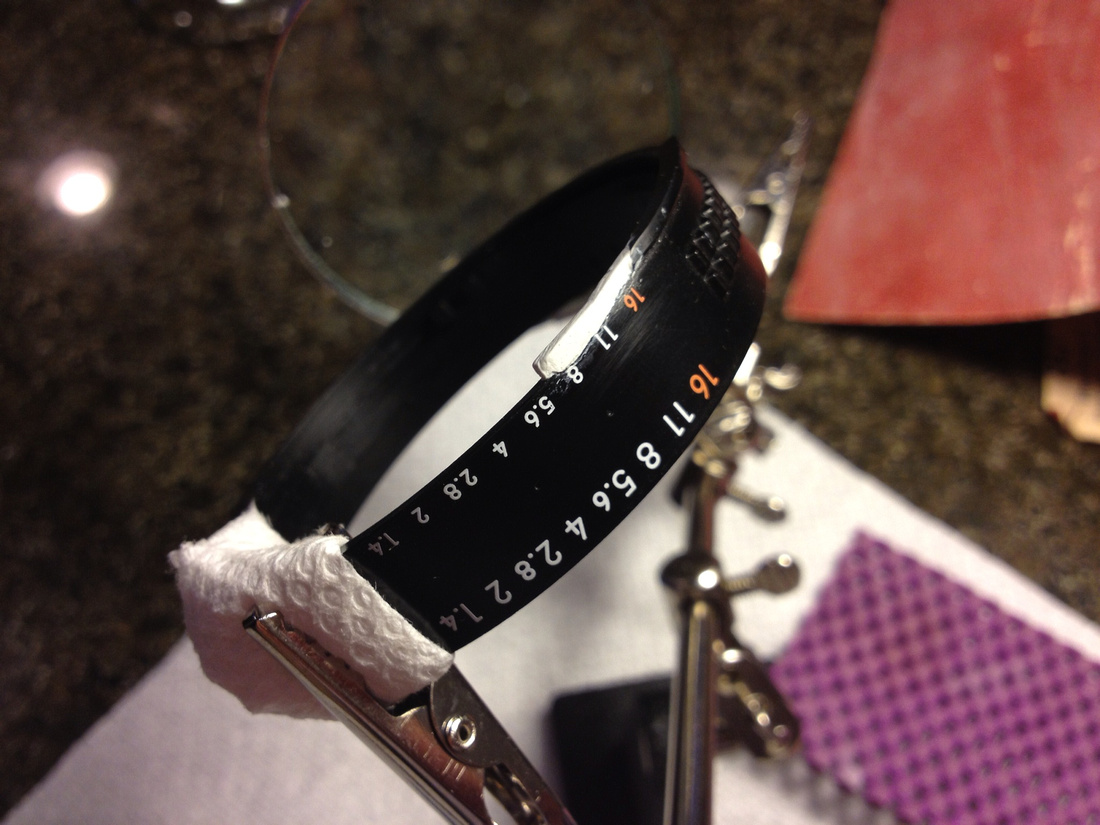 I bought some PC Products PC-11 two-part marine epoxy adhesive paste, and rebuilt the broken piece (the white part between the small 16 and the small 5.6). I applied the epoxy with toothpicks. After 24 hours, I shaped the newly formed plastic with sandpaper and an Ex-acto knife. 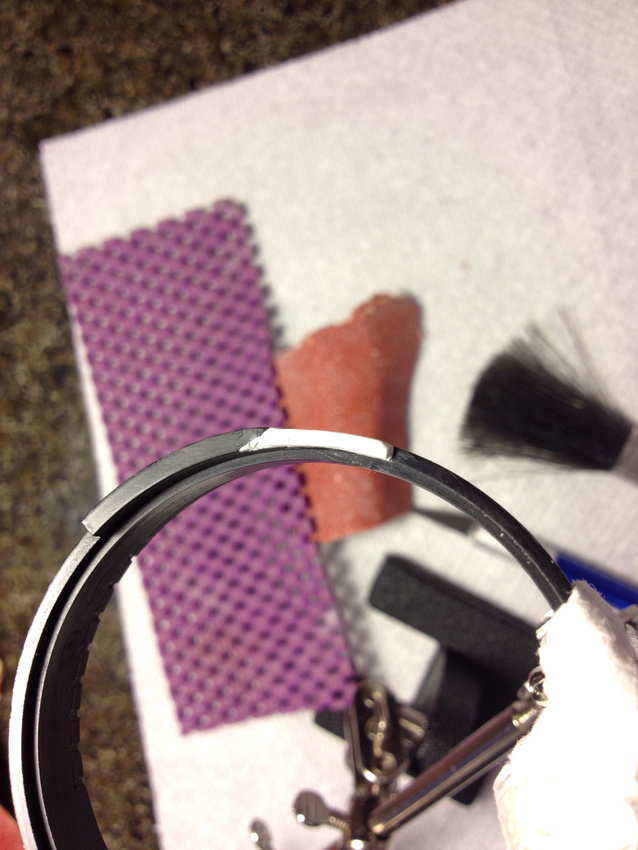 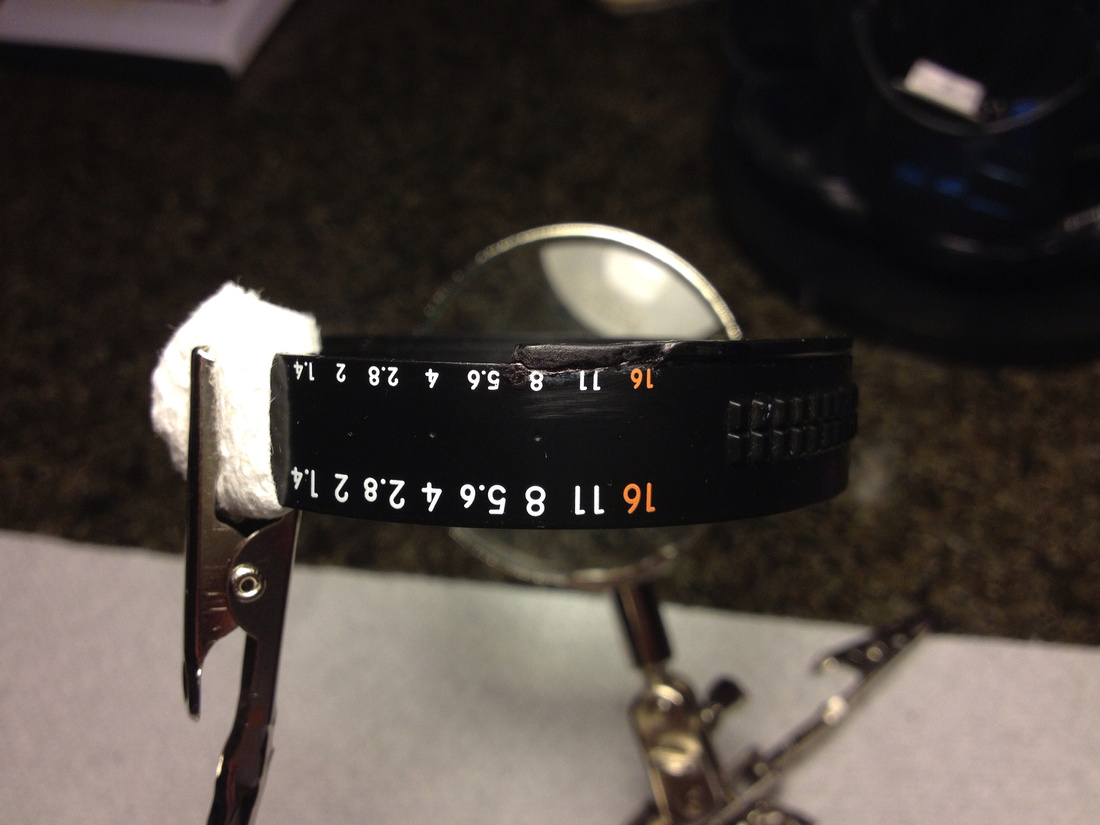 Finally, I took a black permanent marker and colored the white plastic black. Not pretty, but not bad for never having done anything like this in my life.

In the end, the gamble paid off. The repair isn't noticeable when handling the lens in the field. The epoxy has excellent tensile strength, somewhere around 750 lbs per square inch, but the amount of force exerted on it by the aperture ring feeler will never hurt it.

It's my favorite go-to portrait lens, and it was a steal and a huge learning experience. I could have easily screwed up the repair by losing a screw or forgetting how to reassemble the lens.